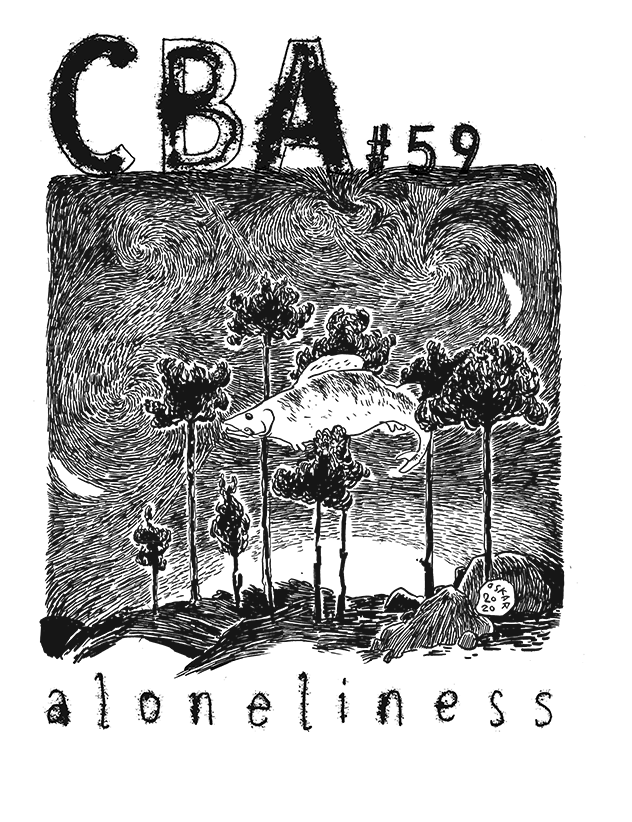 In a world where everyone seems to be moving into the forced crowd that is the City (more than 50% of the entire population of earth live on the 2% surface that is urbanized, in Sweden the rate is 85%). The epidemic of loneliness is skyrocketing alongside the skyscrapers, we sit inside our empty little apartments with our empty little hearts. The mortality rate of being lonely rivaling those of smoking too much. We are but morals and the City is our graveyard it seems.

And one bad thing isn’t enough, because at the same time a new phenomenon is being researched. Aloneliness is the negative feelings that arise from NOT spending enough time alone. In a city, in a crowd there is never time to slow down, to contemplate, to ponder and to recover. Stress and its manufactured hellhole well-being-spa-solutions is in itself another epidemic.


SO this issue of CBA invites you to explore this longing to be more alone. These comics want to take you to your favourite place of solitude, show you moments of solitary relaxation, tell you the tale of nostalgia-ridden woodlands, a sunlit forest glade, the forgotten refuge on a rooftop in a crowded city.

Where do you go to, my lovely
When you’re alone in your bed?

Get it from the Hybriden webshop!