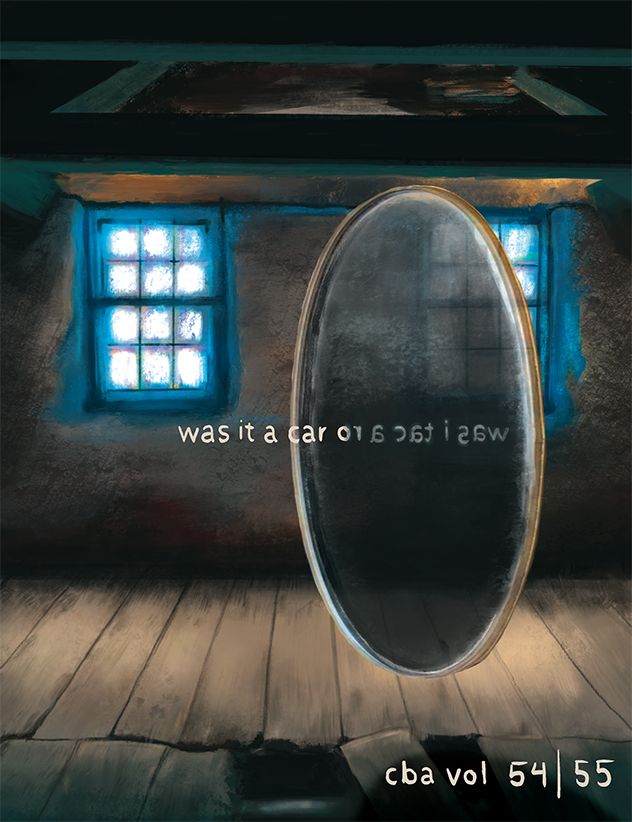 180 pages each, and filled with comics (and uncomics) from an international assortment of creators. All printed on a shiny new paper stock that really makes both colors and blacks look great! 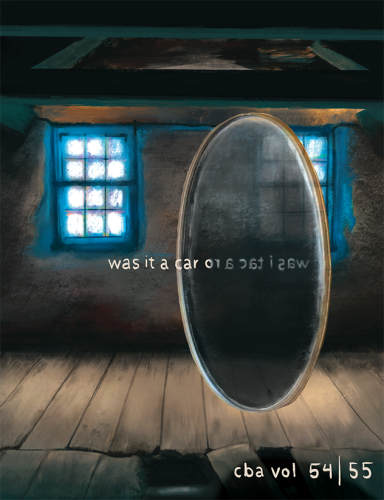 Have you ever had to just stop what you’re doing and go: “Wait, is this a dream?”
When the unknown starts bleeding into reality and you are forced to question your sanity, if just a little bit.
You know the sort of thing that happens in dreams that makes you sure it’s just a dream? How do you cope when it happens in the waking world?

We’d like to say a few words about one of the comic creators in CBA vol 54|55, Ollie Severin.
We recently heard about their untimely passing due to illness and we are heartbroken. We would like to send our deepest sympathy and sincerest condolences to their family and all their friends and comics colleagues. 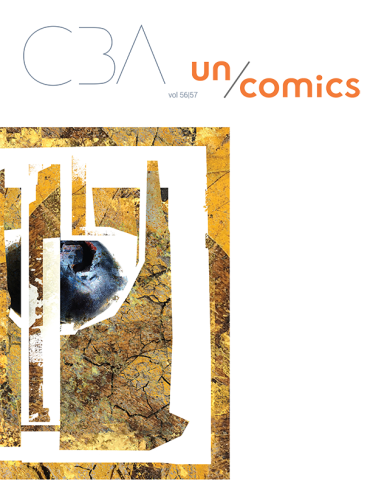 
Uncomics – an artistic field where contemporary art and comics inform each other.
Where the absence of sequence encourages the reader to investigate the picture plane(s) in any direction and order, becoming an active co-creator in the process.
A space outside the tedious limitations of story, where images both abstract and suggestive interact.
Comics, at last, as a visual art form.