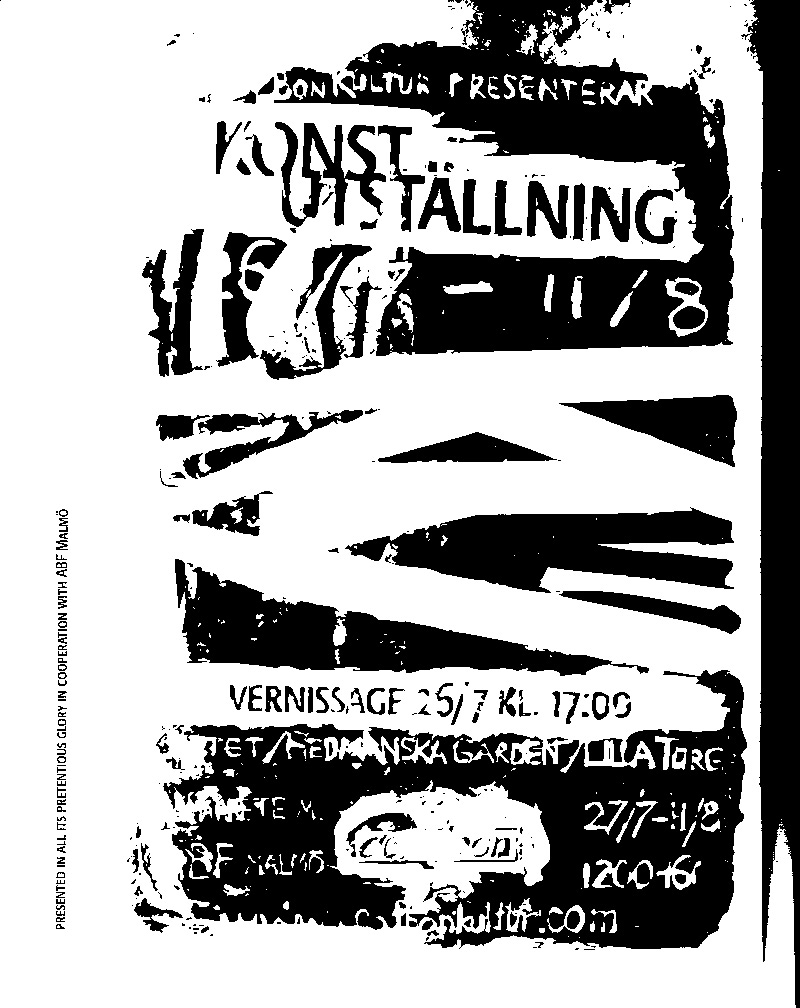 Anecdote (2016-02-23):
This was our second exhibitions. Early on, we decided that exhibitions of comics originals are usually not that interesting. Neither are exhibitions where you’re supposed to read complete comics on the wall. Instead, we chose to create art specifically for the exhibition, which we did, and have done more or less ever since.
We also had the experience of a journalist who, after having talked with us about how comics aren’t just for kids anymore, etc, asked if he could take a copy of the issue that was released. “Sure”, we said, before he continued: “…my 10-year-old boy liked comics, so I will give it to him”. Which was a particularly poor choice considering the content of this specific issue. But what are you gonna do? That boy is a grown-up now and hopefully not too scarred by what he read.
/Mattias
CBK
Events and appearances, Exhibitions
No Comments
0 Likes
Previous
Next